Hence, despite the extra strain on your finances, hiring a bankruptcy lawyer can help you avoid the following mistakes.

The court places a hold on all your assets when you file for bankruptcy. The hold prevents asset transactions that may interfere with the ongoing bankruptcy case. Furthermore, the court will use the assets to clear your debts when the bankruptcy case finalizes.

People often try to hide some of their assets from a bankruptcy case by transferring ownership to friends or relatives. Be aware that the law deems such actions fraudulent since you will be shortchanging your creditors by hiding some of your assets.

You could thus face fraud charges if the court discovers you hid some of your assets before or during a bankruptcy hearing. You will also lose the assets you were trying to hide.

Thus, it is vital to hire a bankruptcy lawyer so that they can help you avoid such actions that damage your bankruptcy case.

2. Paying Some Creditors Before Others

However, if you attempt to pay some of your creditors while your bankruptcy case is ongoing, you will damage your case. When bankruptcy trustees learn of such actions, they often initiate a clawback lawsuit. A clawback lawsuit aims to recover any money or assets paid out to creditors without the explicit consent of the court.

As a layman, you may not know about such prohibited actions. Thus, hiring a bankruptcy lawyer ensures you don't damage your case by taking such actions.

After filing for bankruptcy, you might be eligible for a debt discharge. But you can lose the debt discharge eligibility by making suspicious transactions such as booking an expensive holiday or buying expensive jewelry.

If a creditor realizes you are making such transactions, they can object to the debt discharge. As a result, the court can rule out a debt discharge and force you to pay all your debts.

bankruptcy from start to finish

bankruptcy from start to finish 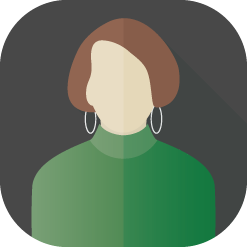 Unfortunately, we can't plan for tomorrow as we would like. We never know when something can happen to put a stop to the income that we need to pay our bills, feed our families and keep a roof over our heads. When something causes a loss of income, we have to work to find a way to manage our money without losing the things that we have worked hard for or need each day. This blog is all about bankruptcy. Having gone through the bankruptcy process myself, I know very well what it takes to get things started and what to expect throughout the process and after it is complete.